Targeting the Healers: When Governments Attack Health Workers in Times of Conflict 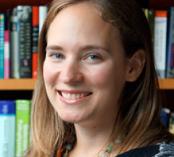 This post originally appeared on the Huffington Post’s blog.

When the government of Bahrain responded to peaceful protests in 2011 with a barrage of tear gas, birdshot, and other weapons, nurse Rula Al-Saffar rushed to help those in need. She saw abuse against protesters, including the use of live ammunition against a peaceful crowd and the firing of tear gas canisters at close range.

The Bahraini security forces were deliberately attacking civilians, not merely trying to disperse a crowd that had gathered to support democratic change. But more sinister abuse was yet to come. The Bahraini government arrested, detained, and tortured doctors for providing assistance to the injured, and security forces occupied a hospital and blocked access to health centers for those who needed care. Al-Saffar, who holds an honorary doctorate in public service, was among the health workers detained and tortured merely for caring for the wounded. She faced a sentence of 15 years, later overturned, for carrying out her professional duties.

Her experience is one of many faced by health workers around the world. Repressive governments too often target health systems, including doctors, hospitals, and ambulances, as part of a larger crackdown on a civilian population. These attacks sometimes involve serious injury to people or destruction of facilities. In Syria, for example, Physicians for Human Rights (PHR) has documented brutal attacks by government forces against health workers and hospitals in the early days of the uprising before the situation developed into a civil war. More recently, a report by the UN International Independent Commission of Inquiry in Syria called the targeting of health workers "one of the most alarming features of the Syrian conflict," citing many instances in which government troops have shelled hospitals, tortured patients, and attacked health workers. Anti-government groups have also engaged in some attacks on the medical system.

Other times, perpetrators use the legal or administrative systems to keep health workers from doing their job. In Turkey, for example, the Ministry of Health recently submitted a bill that would criminalize the provision of emergency medical care in some situations. The bill follows the deliberate targeting of hospitals and doctors in the wake of popular uprisings earlier this year.

At an event in Geneva this Friday, Al-Saffar was scheduled to join health workers from Turkey and Pakistan, as well as medical experts from the United States, to share their stories with policymakers at the U.N. Human Rights Council. The team is pressing U.N. bodies to prioritize documentation of these attacks and ensure accountability for those behind them.

PHR has investigated these attacks, or violations of medical neutrality, for decades. These kinds of abuses occur in situations of armed conflict and civil unrest, and are not limited to a particular geographic area. PHR researchers have found that health workers often become targets when they provide care to people deemed to oppose the government, or are otherwise considered dangerous by the powers that be. Violations of medical neutrality serve to inflict greater harm against a larger population: security forces may injure protesters during a physical crackdown, but this harm is amplified when doctors are arrested and the injured cannot seek treatment.

Targeted attacks on the medical profession serve another, equally disturbing purpose, as they help hide evidence of human rights violations. Health workers often see first-hand evidence of crimes committed by security forces. By disappearing doctors or taking over a hospital, the government can erase the evidence of such crimes and potentially avoid accountability.

What happened to Al-Saffar and countless other health workers must not become a routine feature of a government's response to civil unrest. The world must know that attacks on health care are not an acceptable byproduct of civil unrest, but crimes that will be investigated and prosecuted.