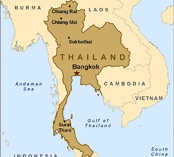 (New York) – Separatist insurgents took over and damaged a hospital in southern Thailandon March 13, 2016, in violation of the laws of war, Human Rights Watch said today. The attack on the hospital occurred during a resurgence of separatist attacks on civilians since the beginning of March.

At least ten insurgents stormed Joh Airong Hospital in Narathiwat province and used it as a stronghold to attack a nearby Thai government security post, wounding seven members of a Taharnpran paramilitary unit. Before retreating, the insurgents tied up a pregnant nurse and destroyed hospital computers, telephones, and other equipment.

“The insurgents’ seizure of a hospital in southern Thailand is far more damaging than just the harm done to the facility’s equipment,” said Brad Adams, Asia director. “Putting hospitals at risk of attack threatens the lives of patients, doctors, and medical workers throughout southern Thailand. The insurgents should publicly commit to ending attacks on medical facilities immediately.”

Human Rights Watch found that since the outbreak of armed insurgency in January 2004, public health services in the southern border provinces – where the number of doctors and nurses per capita is among the lowest in Thailand – have been seriously affected by the violence. According to the Public Health Ministry, over the past 12 years at least 112 public health volunteers and hospital staff have been killed and injured, and 28 community health centers burned down or bombed. Many community health centers have reduced their working hours and started closing their gates early to avoid attacks by insurgents in the evening. Doctors have become less willing to visit patients outside the hospital, leaving frontline daily public health work in the hands of paramedics and public health volunteers.

The laws of war, applicable to the armed conflict in southern Thailand, prohibit attacks on civilians and civilian structures not being used for military purposes. Hospitals and other medical facilities, as well as medical personnel, have special protections against attack. Hospitals that treat combatants on either side do not lose civilian status.

Individuals who order or deliberately carry out an attack on a hospital are responsible for war crimes. Claims by insurgents that attacks on civilians are lawful because the targets are part of the Thai Buddhist state or because Islamic law as they interpret it permits such attacks have no legal justification.

Since the escalation of their military operations in January 2004, insurgents have committed numerous violations of the laws of war. Of the more than 6,000 people killed, about 90 percent have been civilians from both the ethnic Thai Buddhist and ethnic Malay Muslim populations.

In response to insurgent attacks, the Thai government has imposed special security legislation in the southern border provinces, including the Executive Decree on Government Administration in Emergency Situations and martial law. In this context, Thai security forces have carried out extrajudicial killings, enforced disappearances, arbitrary arrests, and torture of those known or suspected to be involved with separatist groups. Human rights defenders and lawyers have faced intimidation, threats, and criminal libel charges after reporting abuses committed by Thai security forces.

The attack on the Joh Airong Hospital was one of 17 attacks against military targets and civilians that insurgents conducted to mark the 56th anniversary of the National Revolution Front (Barisan Revolusi Nasional, BRN) separatist group. Although insurgents in the loose network of BRN-Coordinate have suffered major setbacks from security sweeps, they still maintain a presence in hundreds of ethnic Malay Muslim villages. Against the backdrop of a peace dialogue between Thai authorities and the BRN and other separatist groups in the Mara Patani network, insurgents continue to use state-sponsored abuses and heavy-handed tactics to recruit new members and justify acts of violence.

“Insurgent atrocities and retaliatory government abuses have increased the level of hostility and widened the gap between the Thai Buddhist and Malay Muslim communities,” Adams said. “Both sides will need to rein in abusive forces and hold them accountable if a lasting resolution that restores respect for human rights is to be achieved.”