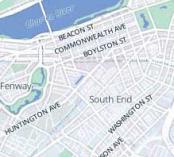 We at IntraHealth are keeping those who were injured and affected by the bombings at Monday’s Boston Marathon in our thoughts this week. The act of cruelty took three lives and inflicted gruesome, life-changing injuries on many others. Some athletes who were in top condition just a few days ago will never run again.

But many are alive today because of the doctors, surgeons, and nurses who were ready and able to treat their injuries as soon as they rolled in the door.

The New York Times tells the story of the health workers who were there when the injured runners and spectators streamed into Boston’s hospitals. Dr. Peter Burke, the trauma surgery chief at Boston Medical Center, said, “As an orthopedic surgeon, we see patients like this, with mangled extremities, but we don’t see 16 of them at the same time, and we don’t see patients from blast injuries.”

Health workers all over the world face tough decisions every day, but they’re especially tough when the wounded come pouring in after a sudden disaster, battle, or act of terrorism. Since the worst of the blast debris flew out just a few feet above the ground, emergency rooms began to fill with leg injuries. Doctors had to make fast, difficult decisions—one after another—about amputation.

“What we like to do is before we take off someone’s leg—it’s extremely hard to make that decision—is we often get two surgeons to agree,” trauma surgeon Dr. Tracey Dechert told the New York Times. “Am I right here? This can’t be saved. So that way you feel better and know that you didn’t take off someone’s leg that you didn’t have to take. All rooms had multiple surgeons so everyone could feel like we’re doing what we need to be doing.”

Boston’s doctors, nurses, and other health workers were ready for this horrible challenge. They may not have been expecting it and they may not have been emotionally ready for the sadness and loss, but they were ready to give skilled, compassionate care. They’re are an amazing example of what can happen—and the lives that can be saved—when health workers have the training, equipment, and colleagues they need to handle emergency situations.

We’re lucky to have health systems in the United States that provide the supervision, facilities, and supplies health workers need to do their jobs. Health workers in many countries around the world are called on to care for people injured during conflicts, but they often don’t have the benefit of up-to-date training—or even regular pay.

Through the Safeguarding Health in Conflict coalition, IntraHealth and other members work to oppose violence and keep health workers safe when they’re providing care during dangerous times. Learn more.