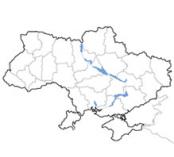 Conflict in eastern Ukraine, mainly in the areas in and around the cities of Donetsk and Luhansk, has affected nearly four million people, including 156,000 internally displaced people, many of whom lack access to healthcare, a United Nations health official said today as he appealed for funds to help address the situation.

“We are tailoring our response activities to care for each of these communities, and to prepare in advance for the coming of winter, which will only exacerbate the health crisis people will face,” said Dorit Nitzan, WHO's representative in Ukraine in a statement.

Overall, up to 400,000 internally displaced persons (IDPs) in other areas of the country are without access to health services. The already fragile Ukrainian health system is completely overstretched in the areas with high IDP density and health service provision is insufficient.

Vulnerable groups, such as the Roma, children, pregnant and lactating women, the elderly and disabled, are at high risk with the health system's limited capacities, according to the UN.

In the Donetsk and Luhansk regions, some 15 hospitals have been damaged in the fighting and so far 20 health facilities have closed. Up to 70 per cent of health care workers have fled while the crisis prevents patients from accessing much needed health care. It is estimated that 5,000 people in that region have been wounded.

The full article continues at http://www.un.org/apps/news/story.asp?NewsID=48495#.U_NjHfldV8H on the UN News Centre website.