UN Security Council Open Debate on Children in Armed Conflict: Building Momentum for the Need to Ensure Children's Access to Health in Conflict 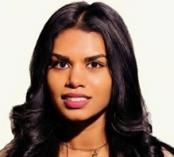 Late last month, health workers at the Barzilai Medical Center in Ashkelon, Gaza, were forced to transfer premature newborns, infants, and mothers who recently underwent Caesarean sections to an underground bomb shelter. It was the only way to protect them from persistent rocket attacks.

Political violence in Libya has undermined children’s accessibility to basic health services as the national health system faces a “total collapse” amidst fleeing health personnel and chronic supply shortages. In Pakistan, the Taliban’s attacks on health workers administering vaccinations in retaliation for US drone strikes has hindered progress in eradicating polio, one of the most common causes of under-five mortality.

These and other attacks against health facilities and health workers in Syria, South Sudan, Libya, Pakistan, and Ukraine are but a few of the most recent illustrations of how armed conflict threatens children’s basic right to safe and secure access to health.

On September 8, the United Nations Security Council and Member States convened at an Open Debate on Children and Armed Conflict, to address the devastating impact these violent settings have on the security and healthy development of children. This occasion marked the second open debate on this issue, following the Secretary General’s July 1 Annual Report on Children and Armed Conflict, and sadly comes at a time when children have been forced to bear the brunt of some of the most severe ramifications of war and civil unrest.

This debate follows the March 7 adoption of Resolution 2143 by the UN Security Council, where the importance of documenting attacks on schools and hospitals was emphasized as integral to ensuring that children in armed conflict are able to enjoy the highest attainable standard of health. In particular, paragraphs 16, 17, and 19 of this resolution emphasized the importance of children’s continued access to basic health services in conflict and post-conflict periods, urged all parties in conflict to refrain from any action that would infringe on accessibility to these services, and reiterated parties’ obligation to these measures as per international humanitarian law.

During the debate, a number of missions condemned attacks on hospitals as grave dangers for children in armed conflict. Deputy Permanent Representative Olivier Nduhungirehe of the Permanent Mission of Rwanda to the UN reminded the council of the Rwandan children who were victims in the 1994 bombings of schools, hospitals, and churches, and expressed deep concern over the “increased targeting of schools and hospitals in armed conflicts, as well as the utilization of those facilities for military purposes.”

The Permanent Representative of Sweden to the UN asserted that attacks on schools and hospitals deprived children of basic access to essential services during conflicts, and as such “amount to war crimes.”

Several other missions, including Australia and Germany, also described the need to identify and hold accountable violators who fail to respect the neutrality of medical facilities during armed conflict.

Numerous measures have already been initiated to accelerate progress in protecting children’s unimpeded access to health services in conflict.

The UN Office of the Special Representative of the Secretary General for Children in Armed Conflict leads the “naming and shaming” of persistent violators, and designates attacks on hospitals as one of the four “triggers” for listing perpetrators. This list of perpetrators includes notorious political and military groups from all over the world, including the Armed Forces of the Democratic Republic of the Congo (FARDC), Kachin Independence Army in Myanmar, Sudan People’s Liberation Army, and many others. This mechanism of listing perpetrators has been important for the Special Representatives’ advocacy efforts and for applying pressure on the Security Council to adopt sanctions against leaders of these groups.

The Special Representatives have also launched a Guidance Note on Attacks against Hospitals and Schools to engage the international community in monitoring and reporting these attacks. This report emphasizes the need for greater clarity when monitoring and reporting the “diversity of attacks against schools and hospitals,” which is essential for advocating an end to these attacks.

International agencies, NGOs, governments, and observers are encouraged to use this guidance in mainstream monitoring and reporting of attacks and to raise awareness of the urgent need for prompt responses. Continued momentum in safeguarding health in conflict is paramount in ensuring that children in armed conflict have access to the essential services they need to survive these volatile environments.

The UNSC Open Debate on Children in Armed Conflict should reinforce the need to strengthen protection and hold perpetrators to account. No children, including those in violent settings, should be deprived of their basic right to health.

Aanjalie Collure is a communications fellow at IntraHealth International, a steering committee member of the Safeguarding Health in Conflict Coalition.