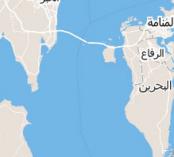 The release of Ibrahim al-Demestani, a nurse imprisoned by Bahraini authorities, is the latest chapter in the government’s ongoing campaign against health professionals. While his release should be celebrated, al-Demestani should never have been imprisoned and forced to complete a three-year sentence in the first place.

As protests against repressive governments swept across the Middle East and North Africa in 2011, people living in Bahrain launched peaceful protests calling for aysh, hurriya, adala ijtima’ia, karama (bread, freedom, social justice, and dignity). The response was unequivocal: the authorities launched a forceful, bloody crackdown against the largely peaceful protesters.

A key element of this crackdown was the targeting of health professionals. As medics and doctors attempted to provide care for anyone wounded during the protests, the government systematically targeted them with threats, physical abuse, and detention. These attacks went well beyond the protests sites, extending to medical facilities as security forces militarized hospitals. In the 2011 report, Do No Harm, Physicians for Human Rights (PHR) found that doctors were threatened and beaten at Salmaniya hospital, and security forces stole ambulances and posed as medics.

Once the clouds of tear gas cleared and wounded protesters were taken to hospitals or detained by security forces, nearly 100 doctors, nurses, and other health professionals faced charges before military tribunals. Their crime was treating the injured and their conspiracy was working together to save lives. In the end, more than 50 were convicted; some served their full sentences, while others had their sentences reduced or were eventually acquitted. Al-Demestani was one of last two people in the initial group of health professionals who were imprisoned in 2011; the second, Dr. Ali al-Ekri, is still serving his sentence. Dr. Saeed al-Samahiji – who was arrested and convicted in 2014 – also remains in prison.

The full article continues at http://physiciansforhumanrights.org/blog/unbiased-health-care-stifled-in-bahrain.html on Physicians for Human Rights’ website.