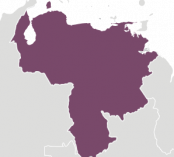 (Washington, DC) – The Venezuelan government has targeted critics of its ineffective efforts to alleviate severe shortages of essential medicines and food while the crisis persists, Human Rights Watch said in a report released today. Regional governments should press the administration of President Nicolás Maduro to adopt immediate measures to better address the profound humanitarian crisis, including by exploring avenues for increased international assistance.

The 78-page report, “Venezuela’s Humanitarian Crisis: Severe Medical and Food Shortages, Inadequate and Repressive Government Response,” documents how the shortages have made it extremely difficult for many Venezuelans to obtain essential medical care or meet their families’ basic needs. The Venezuelan government has downplayed the severity of the crisis. Although its own efforts to alleviate the shortages have not succeeded, it has made only limited efforts to obtain international humanitarian assistance that might be readily available. Meanwhile, it has intimidated and punished critics, including health professionals, human rights defenders, and ordinary Venezuelans who have spoken out about the shortages.

“The Venezuelan government has seemed more vigorous in denying the existence of a humanitarian crisis than in working to resolve it,” said José Miguel Vivanco, Americas director at Human Rights Watch. “Its failures have contributed to the suffering of many Venezuelans who now struggle every day to obtain access to basic health care and adequate nutrition.”

The Venezuelan government has targeted critics of its ineffective efforts to alleviate severe shortages of essential medicines and food while the crisis persists.

The Venezuelan government has stridently denied that the shortages rise to the level of a crisis. When officials have acknowledged the shortages at all, they have blamed them on an “economic war” waged by the political opposition, the private sector, and foreign powers. The government has provided no evidence to support these accusations.

Human Rights Watch interviewed more than 100 people about the humanitarian situation in June 2016, in Caracas, the capital, and six states – Aragua, Carabobo, Lara, Táchira, Trujillo, and Zulia – and followed up by phone and other media. Researchers visited eight public hospitals, a health center on the border with Colombia, and a foundation that provides health care. Human Rights Watch interviewed people lined up at several locations to try to buy price-controlled goods as well as health care providers, people seeking medical care, people who had been detained in connection with protests linked to the shortages, human rights defenders, and public health experts.

Shortages of basic medicines and other crucial medical supplies have caused a sharp deterioration in the quality and safety of care over the past two years, Human Rights Watch found. Doctors and patients reported severe shortages – and in some cases, the complete absence – of basic medicines such as antibiotics and painkillers. Supplies lacking or in short supply in public hospitals included sterile gloves, gauze, and medical alcohol.

An August 2016 survey by a network of more than 200 doctors found that 76 percent of the public hospitals where they worked lacked the basic medicines that the network said should be available in any functional public hospital.

In case after case, people facing emergencies and those with chronic medical conditions such as cancer, hypertension, diabetes, and epilepsy, as well as organ transplant patients, said they struggle to find essential medications. The medicines are often unavailable at both public and private pharmacies, are prohibitively expensive if purchased abroad, and are either unavailable or so expensive on the black market – where they also come with no quality guarantees – as to be virtually unobtainable.

The “distress and uncertainty is a daily nightmare,” the mother of a 9-year-old girl with diabetes said about her efforts to find the medicines her daughter needs.

The maternal mortality rate for the first five months of 2016 reported by the Health Ministry was 79 percent higher than the latest available official figures, from 2009. The infant mortality rate was 45 percent higher than 2013 figures. Health professionals told Human Rights Watch that medical shortages and unhygienic conditions in hospital delivery wards are important contributing factors.

The full article continues on the Human Rights Watch website at https://www.hrw.org/news/2016/10/24/venezuela-government-assails-critics-crisis-deepens.