Violence against Aid Workers and Facilities Must End 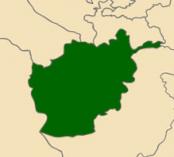 33 aid workers have been killed during the first eight months of 2014 in Afghanistan, in several security incidents with different causes and actors involved. ACBAR calls on all actors, government, opposition, and independent, to actively refrain from hostile acts that cause injuries or death of aid workers.

The situation for Afghans, as well as for aid workers, remains precarious, but aid workers keep implementing projects for the Afghan people. Insecurity represents a major challenge in Afghanistan for civilians and aid workers. Indiscriminate attacks, military operations affecting civilians as well as health providers, and overall instability were on the rise in the six first months of 2014.

Despite these challenges, NGOs strove to support the persons in need.

Our thoughts and condolences go to the families of the victims, their colleagues and friends as well as to the whole community of aid workers.

ACBAR wants to reiterate its strong condemnation of any attack, intimidation, violence or threats against aid workers in Afghanistan.

ACBAR would like to reiterate that humanitarian organizations are working impartially and independently to deliver much needed aid to the Afghan people who need it the most, irrespective of ethnic identity, religious or political beliefs.

Afghans endure one of the worst levels of poverty in the world; they are highly vulnerable to natural disasters and currently face an intensification of conflict that has devastated the country for more than 30 years. In this context, NGOs – both local and international – provide and will continue to provide, essential relief and development aid to people in need, across all 34 provinces of Afghanistan, often in areas where other service providers have limited or no access.

Any attack, intimidation, violence or threat against aid workers, interests, beneficiaries or assets will ultimately result in delays in aid implementation, which negatively impacts the welfare of the people of Afghanistan – particularly the most vulnerable and marginalized groups.

ACBAR is the Agency Coordinating Body for Afghan Relief & Development.