Warning from a Mass Grave: Hospitals Under Attack 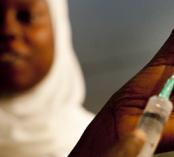 Why would anyone, combatants or not, attack a virtually defenseless hospital?

Hospitals, their staff members and patients were protected by the Geneva Conventions of 1949, which declared that innocent civilians were to be spared in time of war. The conventions' additional protocols of 1977 stated specifically that, "The civilian population and individual civilians shall enjoy general protection against the dangers arising from military operations."

Emma Daly, in an essay for the Crimes of War Education Project, adds, "The wounded, sick, or shipwrecked military personnel who are considered to be hors de combat [that is, not involved in fighting, such as field medics], are protected, as are prisoners of war. Hospitals, both fixed and mobile, ambulances, hospital ships, medical aircraft and medical personnel — whether civilian or military — are also entitled to protection from hostile fire under the Geneva Conventions, provided that structures are marked with a red cross or red crescent and not used improperly or near military objectives, and staff are properly protected. Staff include not only doctors, nurses and orderlies, but the drivers, cleaners, cooks and crews of hospital ships — in short, all those who help a medical unit to function. Some aid workers — for example, Red Cross volunteers treating the sick and wounded on the battlefield — are also covered, as are military chaplains."

Yet these prohibitions are regularly ignored.

Leonard Rubenstein, J.D., chairman of the Safeguarding Health in Conflict coalition, which seeks to protect hospitals, other health care facilities, ambulances, staff members and patients in times of strife, says that there are several major reasons and common themes involved in attacks on hospitals.