Responding to Assaults on Health Care in the Middle East 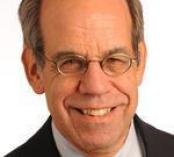 The conflicts and political crises in the Middle East have brought anguish, suffering, and severe declines in health to people throughout the region. The most catastrophic case by far is Syria, where more than a million people have experienced traumatic injuries, once-rare infectious diseases have returned, chronic disease goes untreated, and the health system has collapsed. In Yemen, Libya, Gaza, and Iraq as well, violence has limited access to health care and grievously harmed the population.

The decline in health system capacity is in part due to the general chaos and violence of conflict as well as to the indiscriminate and sometimes targeted assaults on civilians. But it is also a product of attacks on health care—the people who provide it, the facilities where it is offered, and the vehicles that transport patients to care. A joint report issued in May by the Safeguarding Health in Conflict Coalition and Human Rights Watch found that in the past year attacks on health services occurred in at least 20 countries, in the Middle East and elsewhere.[1] Polio workers have been targeted in Pakistan, patients shot in their beds in South Sudan and Libya, and ambulances obstructed from taking injured people to hospitals in Gaza. According to Physicians for Human Rights, 633 medical personnel have been killed and more than 270 illegal attacks on 202 separate medical facilities have taken place since March 2011 in Syria. Of the attacks on medical facilities, at least 51, or 19 percent, were carried out with barrel bombs.[2] Almost all the assaults were inflicted by the regime of President Bashar al-Assad.

In the Middle East, as elsewhere, threats against as well as arrests and intimidation of health workers extends beyond armed conflict to situations of political volatility, as evident in Bahrain, Egypt, and Turkey. In most of these cases, doctors and nurses who treat victims of violence are, by the very act of providing treatment, deemed guilty of anti-government activities. In Bahrain, almost 100 doctors and nurses were arrested and 48 originally charged with felonies for having offered medical care to wounded people in the wake of the 2011 Arab Spring uprising.  Many were tortured and 34 were eventually sentenced, six of them with felonies.[3]

Yet even in an era in which global health security has become more prominent on the international agenda, the problem of attacks on health care has only recently gained attention. We do not have solid data on the true scope of the problem, such as how many and what kinds of attacks take place, where they occur, who inflicts them, and what their impacts are. The Safeguarding Health in Conflict Coalition/Human Rights Watch report had to rely on media accounts, occasional reports from NGOs and governments, and other sources that lacked common methods and definitions, much less were grounded in systematic data collection. Further, we have few rigorous studies of the downstream effects of these attacks on health indicators such as infant and child mortality and unnecessary deaths from chronic and infectious disease, or on reductions in health system capacity due to health facility damage or destruction and worker flight. Despite international norms against attacking health personnel and facilities outlined in the Geneva Conventions, they have not been well understood, especially in the context of counterterrorism strategy, or respected. Finally, effective accountability mechanisms, from diplomatic pressure exerted on states that interfere with health care to criminal prosecution, have been absent. The good news is that attention is finally being paid. Initiatives in the following four realms of essential action can be expanded.

Strengthen norms.  Global leaders, notably the World Health Organization’s director general, Margaret Chan, has demanded respect for health care, warning against the muting of outrage and acceptance of attacks on health care as the “new normal.” Human rights law, which contains accepted and universal global standards of conduct at all times and under all circumstances, and which is accompanied by reporting and monitoring mechanisms, is now being applied to attacks on health care. Last December the UN General Assembly took a key step by adopting a resolution recognizing the centrality of the human right to protection of health care and called on states to repeal laws that make the provision of health care a criminal act. The resolution also urges states to train police, soldiers, and paramilitary groups in their obligations under the law and to assure protection of health from attacks by third parties.[4] Recently the Office of the High Commissioner for Human Rights submitted a report to the UN’s Economic and Social Council providing guidance on how the right to health applies in conflict. We can build on these actions to create expectations for behavior.

Systematically collect data.  Data collection is now recognized as essential to addressing the problem. In 2012, the World Health Assembly passed a resolution requiring the World Health Organization (WHO) to provide global leadership in methods for the systematic collection and dissemination of information on attacks on health care, and the 2014 General Assembly passed a resolution urging WHO to move forward.  It took three years for WHO to develop a pilot project on data collection, however, and it remains unclear whether WHO has the resources or the will to develop a global system for such collection. WHO’s member states need to ensure that it carries out this mandate.

Develop more robust prevention and protection measures. The International Committee of the Red Cross’s Health Care in Danger project has developed recommendations for pragmatic steps by health providers, military organizations, and armed groups to prevent attacks or ameliorate their impact.  These recommendations range from strengthening standards of protection of health care in domestic law to developing measures to assure that military checkpoints expedite passage of people in need of medical care.

End impunity. Without accountability, attacks on health care will continue to be carried out with impunity. At a minimum, states that attack or interfere with health care need to be subject to diplomatic pressure and interventions; in the Middle East, this includes not only Syria but Saudi Arabia, Israel, Egypt, Turkey, and Bahrain. The secretary general’s special representative on children and armed conflict has a mandate to hold perpetrators of attacks on health care to account, but needs to devote greater resources and energy to the task. UN entities responsible for adherence to human rights requirements, including the Human Rights Council and the Office of the High Commissioner for Human Rights, need to engage in more monitoring and reporting on attacks on health care and assure that the issue is integrated into existing human rights compliance mechanisms. Perpetrators must also be criminally prosecuted.

There is wide despair over the prospects of reducing the frequency and severity of attacks on health care, and there is no denying that lawless regimes like that of Syria’s Bashar al-Assad will not give up assaults on health as a weapon. But it is also the case that the resources and political will needed to achieve security of health care have yet to be mustered. Let’s start with the possible.

[2] Physicians for Human Rights, “Worst Month Yet for Attacks on Hospitals in Syrian Conflict,” June 18, 2015, http://physiciansforhumanrights.org/press/press-releases/worst-month-yet-for-attacks-on-hospitals-in-syrian-conflict.html.