Take action: The UK must get serious about attacks on Palestinian health workers 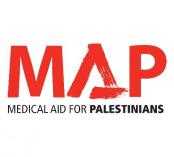 Palestinian Paramedics, Musa Abuhassanin and Razan al-Najjar, were shot and killed by Israeli forces while carrying out their vital, life-saving duties.

According to the World Health Organization (WHO), since 30 March hundreds of health workers have been injured in the context of the ‘Great March of Return’ protests. Scores have been shot with live ammunition, directly hit with teargas canisters or hit by shrapnel. Hundreds of others have suffered teargas inhalation.  And dozens of ambulances have been damaged.

These violations only tell part of the story. Over the past decade, health workers and facilities have repeatedly been attacked or impeded by Israeli forces. In partnership with Al Mezan Centre for Human Rights and Lawyers for Palestinian Human Rights, MAP documented the killings of 39 and injuring of 106 healthcare workers during Israel’s 2008/9, 2012 and 2014 military offensives on Gaza. 147 primary health clinics and 80 ambulances were also damaged or destroyed. Impunity fuels further killings and injuries.

Attacks on healthcare have impacts far beyond the initial pain and damage. They reduce the capacity of the Palestinian health system to adequately care for the population, particularly during emergencies, and therefore undermine Palestinians’ right to health in the long-term. Failing to ensure accountability for these violations increases the likelihood of recurrence and further erodes the international norms which ensure the protection of health professionals and infrastructure in conflicts around the world.

In 2016, the UK Government championed UN Security Council Resolution 2286, condemning attacks on health services in conflict, demanding that states comply with international humanitarian and human rights law which prohibits such violations, and urging states to take proactive steps to hold perpetrators to account.

At a Security Council meeting on 22 May this year, marking the two-year anniversary of the resolution, the UK’s Deputy Permanent Representative to the UN in New York, Ambassador Jonathan Allen, reiterated the UK’s strong support for these principles, and stated:

“Sadly, around the world, health-care workers are threatened and killed. Their facilities are looted and destroyed, affecting the access of communities to health care for years to come … As the members of the Security Council and the international community, we must do more to protect civilians who are affected by conflict. The intentional targeting of civilians and civilian infrastructure is a war crime. International humanitarian law is our framework.  …  We must ensure that it is enforced and that perpetrators of crimes against such law are held to account.”

He went on to state the UK’s commitment to hold perpetrators of such serious violations to account including when states are failing to do so themselves:

“We also support effective international criminal-justice systems, which have an important role to play in bringing the perpetrators of atrocities to justice when States are either unable or unwilling to do so. As the Secretary-General said, we must end the climate of impunity.”

Just a week before Ambassador Allen’s statement, paramedic Musa Abuhassanin had been shot in the chest with live ammunition by Israeli forces and killed while trying to evacuate wounded protesters. Israel’s decade of attacks, violations and obstructions against Palestinian health workers carried out with near-total impunity demonstrates an unwillingness or inability to hold its forces to account.

And yet in the context of Israel’s use of force against protesters and health workers in Gaza, the UK has failed to put its principles into practice. On 18 May, four days before Ambassador Allen’s speech in New York, the UK abstained on a resolution establishing an independent Commission of Inquiry to investigate violations of international law in Gaza at the UN Human Rights Council in Geneva.

The Government has instead called on Israel to investigate its own violations by carrying out an “independent and transparent investigation” which they insist should include “international members”. This is despite warnings the UN High Commissioner for Human Rights of Israel’s “failure to consistently prosecute violations committed by members of security forces” and the “deficit in accountability for alleged extrajudicial killings and other violations [which] undermines confidence in Israeli justice”.

By the admission of Foreign Office Minister Alistair Burt MP, the UK has “yet to have a full response” to their suggestion to Israel that their internal investigation should have an independent element. Israel is clearly unwilling to adequately and promptly investigate the killing and injuring of Palestinian health workers, and it is time for the UK to revise their position.

Medical Aid for Palestinians (MAP) has joined 12 other UK-based humanitarian, development, human rights and faith organisations in calling on the UK to reverse its decision not to support the UN Gaza inquiry. We also support and endorse the calls of the Safeguarding Health in Conflict Coalition (SHCC)to act on UNSC Resolution 2286 to prevent attacks on healthcare and end impunity. In cases where a state fails to conduct a credible investigation of alleged violations, the SHCC calls on the Security Council – of which the UK is a permanent member – to:

“authorize thorough, independent investigations of alleged violations and make referrals to the International Criminal Court or other international tribunals as warranted.”

The SHCC further calls on member states of the UN to ensure that perpetrators are held accountable for violations and take concerted diplomatic actions against perpetrators of attacks on health care services.

Please join us in calling on Lord Ahmad, Minister of State for the Commonwealth and the UN, to ensure the UK takes practical steps to implement UN Security Council Resolution 2286 in the context of attacks on Palestinian healthcare and to promote adherence to international law and support for essential healthcare by:

Medical Aid for Palestinians is a member organization of the Safeguarding Health in Conflict Coalition. Please see below for their website.