Worst Month Yet for Attacks on Hospitals in Syrian Conflict 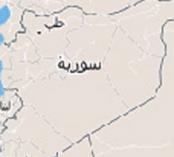 Government Steps up Attacks in Retaliation for Opposition Gains

Attacks on health care facilities in Syria reached the highest numbers yet in a single month since the start of the conflict in March 2011. In May alone, Physicians for Human Rights (PHR) documented 15 attacks on 14 medical facilities, including seven that had been attacked previously. PHR also documented the killing of 10 medical personnel in May. PHR has found that government forces were responsible for all of the May facility attacks and seven of the 10 personnel deaths, all of which are documented on PHR’s interactive map.

Hama Central Hospital, located in Hazareen in Idlib governorate, suffered two separate attacks in May. The hospital was attacked with a barrel bomb on May 7, killing a nurse working at the hospital, injuring five members of the medical staff, and causing material damage severe enough to put the hospital out of service. The hospital’s operating room, radiology room, and medical equipment were damaged. Then, on May 16, government forces attacked again, this time with a missile, causing additional damage and injuring two staff members.

“These recent attacks on medical workers and facilities are a slap in the face to the UN Security Council, which has called for an end to these unlawful attacks and the use of barrel bombs,” said Widney Brown, PHR’s director of programs.

Eight of the 15 attacks on medical facilities in May were with barrel bombs, and the remaining seven were with rockets and missiles. All 15 attacks were conducted via aircraft, which has become the Syrian government’s preferred mode of attack for targeting locations in opposition-controlled territory, far from frontlines. Of the Syrian government’s 44 attacks on medical facilities between January and May of this year, 42 attacks, or 95 percent, were via aircraft.

Among those medical workers killed in May were a gastroenterologist struck by a barrel bomb on his way to work at al-Quds Hospital in Aleppo on May 13. He was one of 10 doctors working at al-Quds, which is the largest internal medicine hospital in eastern Aleppo city. A nurse at Qastun Health Center and an anesthesia technician at Kafr Zita Specialty Hospital, both in Hama governorate, were killed in barrel bomb attacks that put their medical facilities out of service on May 23 and May 24, respectively.

“After losing territory to opposition forces, Assad responds by attacking civilians and the health care system – killing the very people who strive to save lives in the midst of war,” said Brown. “Assad is punishing people who are beyond the reach of his repressive security forces.”

PHR’s interactive map tracking these violations of international humanitarian law (IHL) documents the unlawful killing of 633 medical personnel and 271 illegal attacks on 202 separate medical facilities throughout the country since March 2011. Of the attacks on medical facilities, at least 51 (19 percent) were carried out with barrel bombs. PHR has found that government forces are responsible for 90 percent of attacks on medical facilities and 97 percent of medical personnel deaths, including 142 deaths by torture and execution. The largest percentage of deaths was caused by shelling and bombing (300 deaths, or 47 percent of all deaths), followed by shooting (170, or 27 percent), torture (92, or 15 percent), and execution (57, or 9 percent).

This article was originally published on the Physicians for Human Rights website at http://physiciansforhumanrights.org/press/press-releases/worst-month-yet-for-attacks-on-hospitals-in-syrian-conflict.