Health Under Attack: The Need to Safeguard Health in Conflict 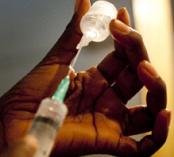 If you’ve been following international news for the past year, you are most likely aware of the recent developments and political movements in the Middle East. While the Arab Spring has opened the possibility for a new wave of democracy in several Middle Eastern countries, an unfortunate new wave of crime and violence toward health facilities, doctors, and patients has emerged. This issue did not arise from the Arab Spring, nor is it a new issue, but recent events have propelled this violence into the international spotlight.

In Syria, for example, there are documented cases of hospitals being used by Syrian government forces as traps for injured regime opponents. Not only are facilities being senselessly damaged, but health workers’ lives are being threatened for fulfilling their oath to treat all patients. Abusing medical facilities for tyrannical political force is simply inhumane and is an abhorrent human rights violation. Where there is the threat of conflict, there is the threat of attacks on health: health workers, ambulances, and patients.

Issue awareness
Recently I’ve become involved in this issue through IntraHealth International’s participation in the Safeguarding Health in Conflict coalition, and I’m learning more about how the coalition’s members are working to promote respect for international laws that relate to the safety of health workers as well as facilities, ambulances, and patients during periods of armed conflict or civil violence.

Awareness in Washington is reaching new highs. On May 11, the Center for Strategic and International Studies (CSIS) sponsored a panel discussion with Len Rubenstein, co-founding coalition member and senior scholar at the Center for Public Health and Human Rights at the Johns Hopkins Bloomberg School of Public Health; Dr. Mark Steinbeck, health delegate and detention doctor at the International Committee of the Red Cross; and Ambassador Jimmy Kolker, principal deputy director of the Office of Global Affairs, US Department of Health and Human Services. As Rubenstein put it, this was “the first policy discussion in [Washington, DC] in the last 20 years” on the issues of safeguarding health.

Steinbeck discussed the need for an operational track to increase knowledge and awareness of this issue, as well as a diplomatic track to further government involvement. Awareness is on the rise, and the US Government is stepping into a key role. Ambassador Kolker pointed out that the State Department now mentions health attacks in their human rights reports, and later this year the Department of State and the Department of Defense will host a first-of-its-kind conference on training for safeguarding health.

The need for data
International laws of medical neutrality included in the Geneva Conventions are frequently violated. At a congressional briefing on March 7, Rubenstein pointed out that a report by the International Committee of the Red Cross cited over 1,800 people in 16 countries as having been killed or wounded as a result of violence against health care services.

One challenge in holding perpetrators accountable, however, is the relative lack of hard data on such violence. To this end, one objective of the Safeguarding Health in Conflict coalition is to increase the evidence base to understand the dynamics and extent of attacks against health. This is an area where the World Health Organization (WHO) has recently taken important steps forward.

In January the WHO’s Executive Board passed a resolution calling on the WHO’s director general “to provide leadership at the global level in developing methods for systematic collection and dissemination of data on attacks on health facilities, health workers, health transports, and patients in complex humanitarian emergencies […].” Today the resolution will go before the World Health Assembly for consideration by all member states of the WHO, and I am optimistic it will pass.

Looking ahead
In addition to creating a system for greater documentation of attacks, we also need to focus on prevention and accountability. As Rubenstein puts it, we need to know who is perpetrating violence, what targets and methods they’re using, and what impacts they’re having. We need to help prevent attacks in the first place, and when violence does occur we need a better system of holding perpetrators accountable.

IntraHealth’s mission is to “empower health workers to better serve communities in need around the world,” and attacks on hospitals, medical equipment, ambulances, and on health workers themselves gravely limit the access to care of communities in need. During the May 11 panel discussion, Rubenstein said something that left an impression on me: “Health is never more needed, but never more vulnerable.” The awareness is there, the WHO has noticed, and I am optimistic that the time is now to change the course of this vicious trend.

Cross-posted from the IntraHealth International blog.